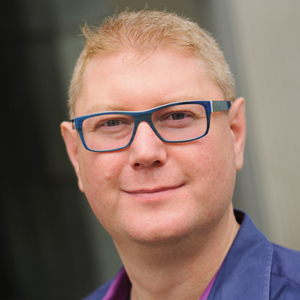 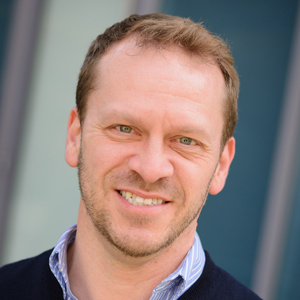 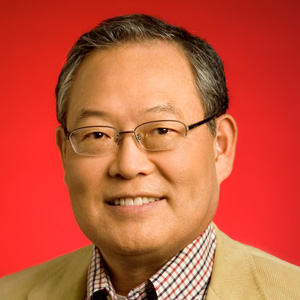 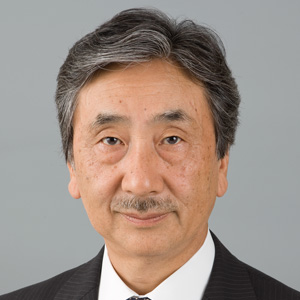 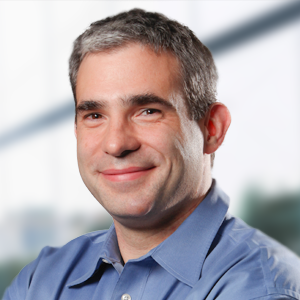 Carl brings more than 25 years of experience driving rapid growth for enterprise and cloud businesses through innovation, product vision and execution. He is responsible for extending RichRelevance’s leadership as businesses around the globe turn to RichRelevance for AI driven personalization and real-time recommendations. Before joining RichRelevance, Carl served as CEO of FollowAnalytics, an enterprise mobile marketing platform serving the retail, automotive and financial services sectors. Prior to FollowAnalytics, he served as CEO of digital commerce platform Avangate, growing the company 6x in just four years.

Zach Koekemoer brings over 20 years of experience driving financial and operational performance at high-growth technology companies to RichRelevance. He has held executive positions at technology innovators including iPlay, Industrial Origami, WageWorks, @Road and others. As Chief Financial Officer, he oversees and leads all aspects of the company’s financial operations as RichRelevance continues to rapidly expand across all lines of business. 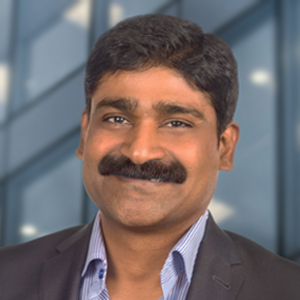 Sarath brings two decades of experience in enterprise search, data science, machine learning and big data analytics. He has held leadership positions at pioneering data companies including Sysomos, LucidWorks, InQuira (acquired by Oracle) and Knova. He began his career at Microsoft. As CPO, Sarath oversees both product management and engineering, with responsibility for delivering market-leading innovation in personalization to RichRelevance’s world-class clients. 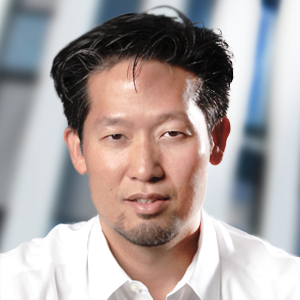 As CMO of RichRelevance, Mike oversees marketing, strategy, and partner & ecosystem development with responsibility to building brand, driving demand, and expanding to new markets. Mike brings over 20 years of experience leading marketing and strategy for some of the world’s most successful enterprise technology companies spanning software, consumer packaged goods, digital media, and eCommerce industries. Prior to RichRelevance, Mike served as CMO of Avangate, a digital commerce platform provider, which under his leadership tripled its customer base and was named one of the top 3 global Digital Goods Affiliate Networks. Previous roles include leadership positions at PeopleSoft, OnePage (acquired by Sybase), Amdocs, and Oracle. 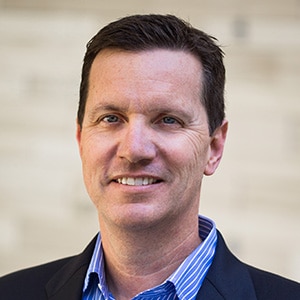 SVP OF LEGAL AND BUSINESS OPERATIONS

Having worked for over 15 years with Silicon Valley technology companies, Jim has substantial experience in representing legal and business operations interests within the tech sector. Jim Crumbacher serves as the Senior Vice President of Legal and Business Operations for RichRelevance. Jim has global responsibility for the company’s legal and contract functions as well as for managing sales operations. 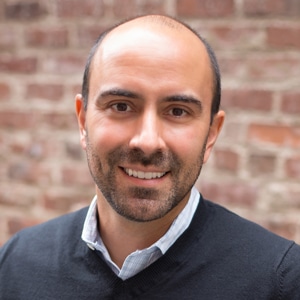 In his role as SVP of Sales, Robb brings 20 years of experience in enterprise software sales, marketing and management, specializing in B2B and B2B2C marketing technologies. Robb has built global teams of account executives, regional sales managers, sales operations and business development staff. Prior to Rich Relevance, Robb led sales efforts at Swrve, where he launched the Media & Entertainment vertical; Stackla, where he tripled revenues in 18 months; and Livefyre, which was successfully acquired by Adobe. Robb has also held management roles at Virage (now part of HP), The FeedRoom, KickApps, and Kyte, all of which broke new ground in online video, social media and mobile content distribution. 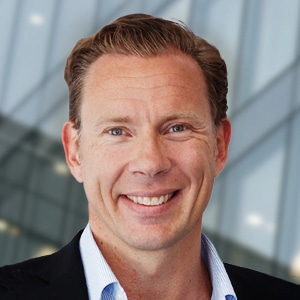 As Vice President, EMEA Sales at RichRelevance, Henrik is helping the company meet the region’s rising demand for data-driven personalization and omnichannel retail.
Henrik leads a team of personalization sales experts who help leading brands and retailers in Europe achieve their customer experience goals through personalization. 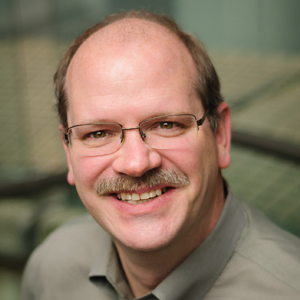 VP OF IT OPERATIONS

As Vice President of IT Operations, Kevin brings more than 30 years of engineering, operations and management experience from both the public and private sector to RichRelevance. He is responsible for meeting RichRelevance’s customer needs by aligning business requirements with IT operations, and managing complex budgets and vendors. Under Kevin’s leadership, the IT team maintains 100% uptime and performance of fourteen global datacenters that deliver more than 1 billion recommendations each day on more than 500 retail websites. These results are due in part to continuous IT innovation using the latest technology, including multi-tenant Hadoop leveraging Hive, Parquet, Spark, Hbase and Cassandra. 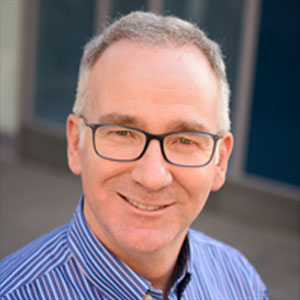 Bill has over 20 years’ experience in extensive general management, marketing, innovation and strategy experience across a variety of geographies, categories (Health, Food & Bev, QSR, Pet), and channels (food/drug/mass/club/dollar, restaurant). Additionally Bill is on the Marketing Faculty of the University of California Haas School of Business where he teaches 2nd year MBA students Brand Management and Design and Marketing of New Products. His past accomplishments include working as Del Monte’s CMO, Taco Bell’s CMO, VP of Marketing for Campbell Soup and Marketing Director with Procter & Gamble responsible for the Snacks Division of the North America.

Bill currently serves on the board of directors for Ooma, Inc.

He holds a MBA from Cornell University, and a BA in Economics from Syracuse University.

Carl brings more than 25 years of experience driving rapid growth for enterprise and cloud businesses through innovation, product vision and execution. He is responsible for extending RichRelevance’s leadership as businesses around the globe turn to RichRelevance for AI driven personalization and real-time recommendations. 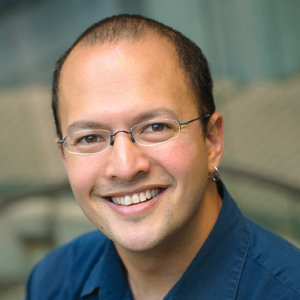 David Selinger founded RichRelevance in 2006 to give retailers the most advanced personalization platform for transforming customer data into extraordinary consumer experiences. David led the company through four acquisitions and introduced multiple product lines to create new business value from data through personalization. Both RichRelevance and David (known as Selly to his friends and colleagues) are known for their innovation in this space—delighting consumers, generating revenue and profit for retailers.

An early pioneer in data analytics and personalization, David previously led the research and development arm of Amazon’s Data Mining and Personalization team. In that role, David developed and deployed three new recommender systems that increased Amazon’s annual profit by over $50 million (25% of US profit, 2003), setting the industry standard for recommendation services.

Recognized as a “40-under-40” innovator in the San Francisco region and amongst direct marketers, David holds a broad collection of patents in customer segmentation, analytics and data mining, including over a dozen pioneered at RichRelevance. He received his BS in Computer Science from Stanford University, and is active in social change, serving on the board of directors of Potential Energy, and as an advisor to the Family Giving Tree, Fostering Change for Children and Solace International. 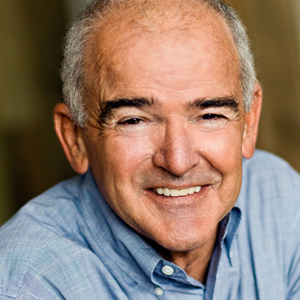 Dave is a 33-year veteran at Greylock Partners and Director at EMC Corporation, Imperva and VMware. Dave’s primary areas of focus have been in enterprise technology (infrastructure and especially software); electronic design; and e-commerce. He has been an early/founding investor in more than 30 companies. Among these, more than a dozen which have become publicly-traded, including Mentor Graphics, Ascend Communications, Legato, Forte Software, Doubleclick, Internet Security Systems, and SuccessFactors. A number of other early investments have achieved successful mergers, including ccMail (Lotus/IBM); Kiva Software (Netscape/Sun); Octane Software (ePiphany); Decru (Network Appliance); and Wily (Computer Associates).

Today Dave is actively involved with seven private companies: AtHoc, BountyJobs, Matrixx Software, OpenDNS, Progreso Financiero, Rich Relevance, and Tabula. He has also been a Board member at EMC (NYSE:EMC) since 2003, and Lead Director since 2006, at VMware (NYSE:VMW) since 2007, and at Imperva (NYSE: IMPV) since 2011. 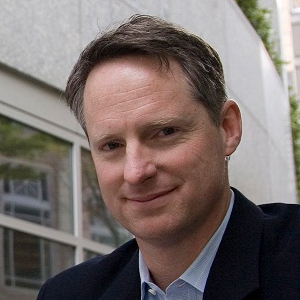 Dave has over 15 years’ experience investing behind and actively supporting the highest potential entrepreneurs to help bring their dreams to life. Dave is the founder and Managing Director of Tugboat Ventures. Prior to founding Tugboat, Dave was a Managing Director of TPG Ventures, the founding CEO and a former board member of Good Technology (acquired by Motorola), the co-founder of Drugstore.com, a co-founding board member of Newschools Venture Fund, and the general manager and president of Optical Engineering, Inc. Dave also worked at Netscape, Hewlett Packard and Bain and served as an Associate Partner of Kleiner Perkins.

Dave currently serves on the board of directors at EdElements, Repair Pal and Savvy Money.

He holds a MBA from Stanford University, and a BA in Mechanical Engineering from UC Berkeley. 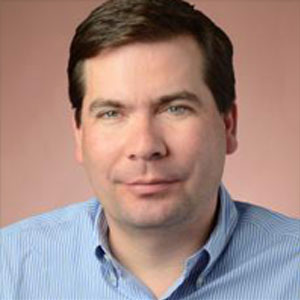 David brings more than 15 years of experience working with technology businesses as a venture capital investor and investment banker. Prior to joining Crosslink, David was a partner at 3i Ventures, a global venture capital fund. He also served as a senior officer in the technology practices at both Robertson Stephens and Piper Jaffray. David’s previous investment experience includes BlueLithium (acquired by Yahoo!), Demand Media (DMD), Fotolog (acquired by Hi-Media), Omniture (OMTR; acquired by Adobe) and Speakeasy (acquired by Best Buy

He holds a JD from Stanford University, and a BA in Political Science and Government from Dartmouth College. 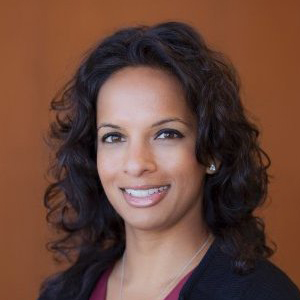 Sandhya Venkatachalam is a Founding Partner of Centerview Capital Technology. She brings over 15 years of operational and investment experience and has a passion for building, investing in and growing new businesses. Prior to Centerview, Sandhya was VP/GM and Head of Advertising and Monetization for Skype (acquired by Microsoft). Prior to Skype, Sandhya was Head of Corporate Development for Communications and SaaS at Cisco, and one of the early business executives at Andiamo Systems (acquired by Cisco). 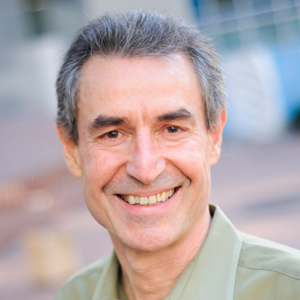 A global technology veteran, Eduardo Sanchez brings more than 25 years of strategic and technical leadership in data, cloud, mobile, social and enterprise technologies to his role as the former CEO and current strategic advisor to RichRelevance.  Prior to RichRelevance, he served as Executive Vice President at MicroStrategy, where he was an early member of the leadership team and played a critical role in the development of the company, spearheading its foray into new lines of business and international expansion.  Eduardo received a B.S. in Electrical Engineering from the University of La Plata in Argentina and a M.S. in Systems Engineering from George Mason University in Virginia.