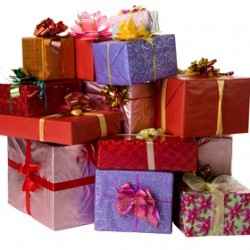 While some retailers are reporting record online sales for the Thanksgiving weekend, mobile commerce is emerging as a holiday star in its own right.

Mobile commerce sales accounted for nearly 21% of total Black Friday digital sales in the United States, $314 million out of $1.512 billion, and nearly 17% of Cyber Monday sales, $350 million out of $2.085 billion, Internet research firm comScore Inc. reports. Black Friday is the day after Thanksgiving; Cyber Monday is the following Monday. Both are typically among the largest online sales days of the year.

The fact that mobile commerce accounted for close to one in five digital dollars, or 18.5%, spent on those two days is significant, comScore says, “because that percentage is far higher than we’ve ever seen in our quarterly spending data.” By comparison, mobile’s share of online retail spending in the third quarter was 10.8%, and in the fourth quarter of 2012 it was 11.3%. The research firm attributes the increase in mobile’s share partly to the trend of shoppers to buy on mobile devices from retail web sites after viewing products in a bricks-and-mortar store, as well as their shopping via smartphones and tablet computers while sitting at home.